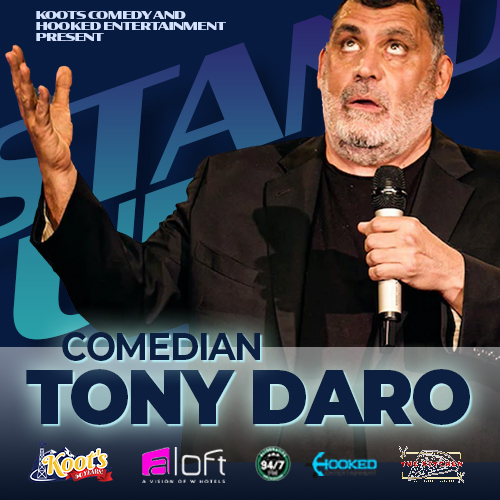 Tony Daro's hilarious routines have made him one of the established stars of the New York comedy scene.

Says”. Tony overcame this humiliating television debut and began performing in summer stock as a

After high school he won an acting scholarship to the world-renowned Dramatic Workshop. This led to

For reasons still unknown to him to this day, he drifted into standup comedy. (Maybe it was all those

George Carlin records he listened to as a kid?) Soon people began to ask him to write jokes for them,

Fey. He has dozens of television appearances under his belt, has won multiple Writer’s Guild awards for

comedy writing and was nominated for an Emmy Award for his work on “Saturday Night Live”. Tony is

the rare comedian who can be both inoffensive and gut-busting funny.