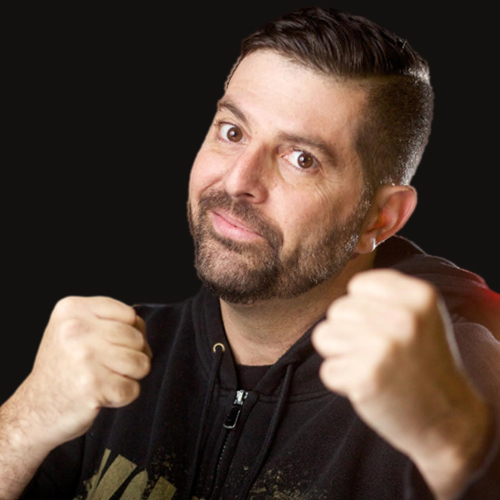 Tripoli has said that performing and the desire to make people laugh has been in his blood since childhood, teasing the other kids at his school, He began doing stand-up comedy on a dare. He was soon performing in Las Vegas casinos with Mutiny, an improv troupe he co-founded, as well as hosting weekly shows on the strip.

In 2000, Tripoli moved to Los Angeles. His break came while working the door at The Comedy Store. Owner Mitzi Shore put together a Middle Eastern themed show called "Arabian Knights", and Tripoli's Armenian heritage got him on the bill. He was one of two comedians at The Comedy Store to do their first set as a paid regular in The Main Room – the other was Roseanne Barr.

In 2006, friend and comedian Steve Byrne brought him along to an audition for Spike TV, which resulted in Tripoli getting cast as a co-host on the network's Wild World of Spike.

Tripoli was chosen as a finalist in 2008's "Who Wants to be Howard Stern" contest, and his demo was played on-air.

Tripoli currently performs throughout Los Angeles. "Crimefighter" was the title of his debut comedy album and a frequent theme in his act. He has toured as part of The Monsters of Comedy, Rock Stars of Comedy, and a USO Tour of Afghanistan organized by Vince Vaughn.

Tripoli created The Naughty Show, which is a live comedy variety show, and a weekly podcast on the DEATHSQUAD network. Both shows incorporate comedians, adult film stars, characters and videos. He was also a frequent guest on The Joe Rogan Experience and Ice House Chronicles.

In 2012, Tripoli and comedians Ari Shaffir and Jayson Thibault launched "Punch-Drunk", a sports radio show, on the Toadhop Network. In 2017, Tripoli released a double comedy album, "The Diabolical".

Since 2018 Tripoli has co-hosted "Tin Foil Hat", a podcast and YouTube show with Xavier "XG" Guerrero.