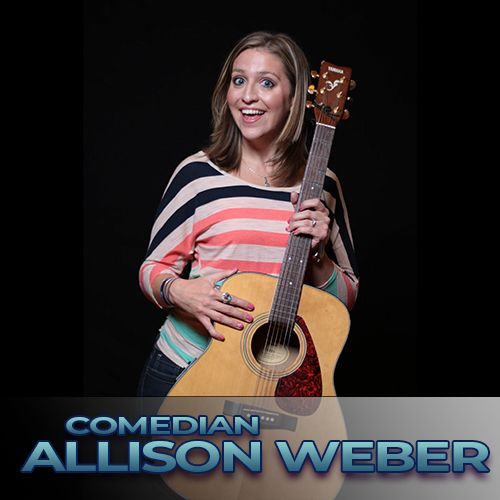 Allison's raunchy yet sweet and witty musical style made her an instant hit on the comedy scene when she started in 2008. She has since been invited to perform at such festivals as the World Series Of Comedy, Laugh Your Asheville Off, and the San Luis Obispo Comedy Festival (in which she was named “Best of the Fest” 2015). In 2013, her voice was featured as the role of “Flower Kid” in the 20th Century Fox animated movie “EPIC”. You can see Allison performing today at the top Clubs across the country, on a Norwegian Cruise (NCL), or overseas performing for our troops (AFE). And you can hear her music on Sirius XM Rawdog Comedy Radio.